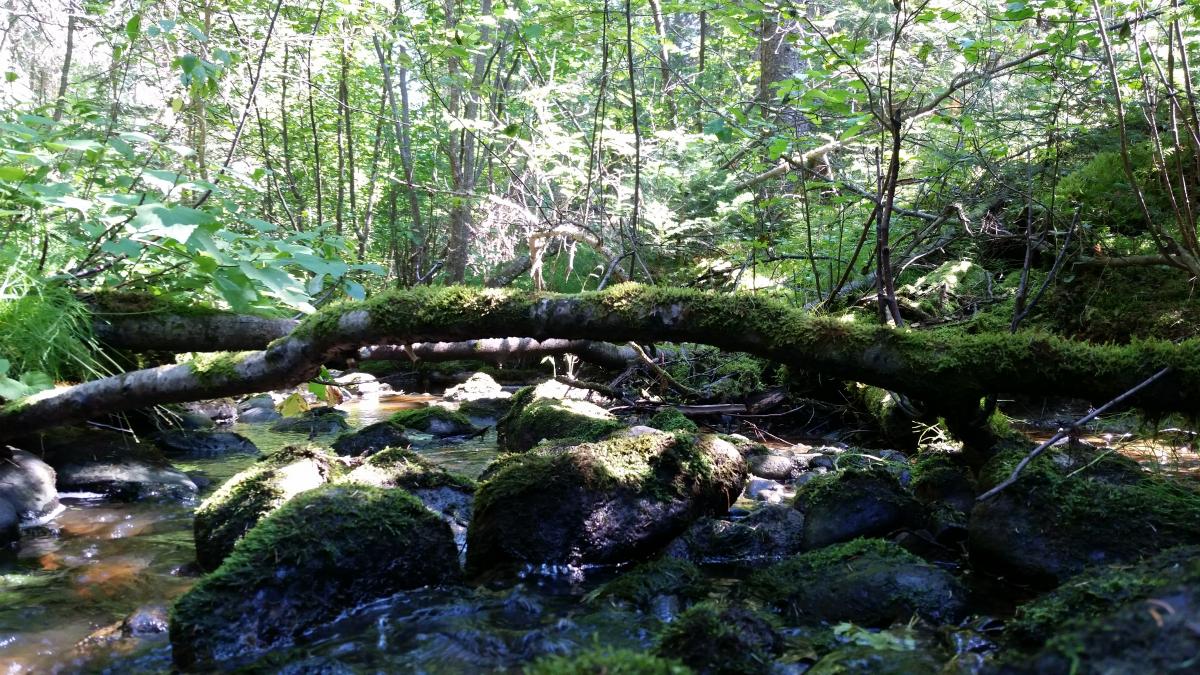 Before companies can plan their harvesting, they must know where the harvestable forest is. Much of the land in a company's Forest Management Agreement area (FMA) will not be eligible or suitable for timber harvest in the plan. Examples of these non-harvestable areas include:

These areas are removed and the result is what is called the net landbase. The net landbase is the area on which the companies focus their forest management activities.